Conscientiousness – Why it Matters 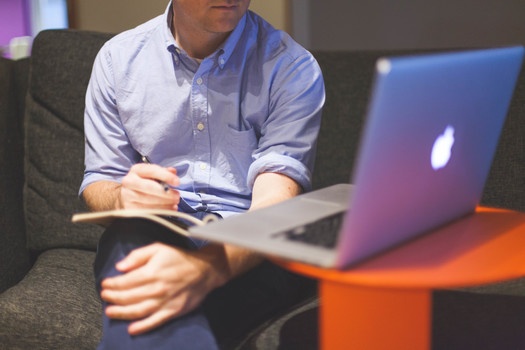 When I saw an article on Entrepreneur’s website titled The Personality Trait That Most Often Predicts Success I was naturally curious. After all, the bulk of my work centers on behaviors or what some call, personality traits.

So what was the personality trait Drake Baer identified that most often predicts success?

Now I know a bit about conscientiousness as it is one of the traits measured on the Winslow Assessment and one that can be hard to identify during the interview when of course a candidate is bringing his or her best game to the table and typically being as accommodating as they possibly can be.

The Winslow Assessment’s definition of Conscientiousness is someone who is “dependable, loyal, ethical, honorable, trustworthy, dutiful, faithful, and moralistic.” Winslow goes on to say, “This person is aware of those around him or her and places the desires and welfare of others before their own personal preferences. They are willing to do things according to the rules and will not attempt to bend the rules to suit their personal needs or desires. Nor will they attempt to take advantage of others.”

The best way to sum it up is, someone high in Conscientiousness cares and is “aware.” They pay attention to the welfare of management and the organization before their own personal self-interest.

University of Illinois psychologist Brent Roberts describes Conscientious people as, “Those who like to follow rules and norms. You can spot the conscientious kids in the classroom. They sit in their chairs, don’t complain, and don’t act out – which also, of course, contributes to earning good grades from teachers. While conscientiousness doesn’t correlate with high SAT scores, it does predict high GPAs.

To spot conscientious people at work, Roberts says to look for punctuality. If someone shows up on time, that’s a great clue toward conscientiousness, since a punctual person has to be organized enough – and care enough – to arrive on time.”

A caution, being low in Conscientiousness doesn’t mean a person is mean (a client one time said “despicable!”), some of the nicest people I know are low in Conscientiousness, but what it does indicate is that the individual is typically very self-centered or self-absorbed. This self absorbtion can manifest itself as continually putting their interests ahead of those around them, be it the people in their life or the organization they work for.

Conscientiousness may be a slightly difficult trait to ferret out during an interview, but one you will definitely want to know about before you extend a job offer.

Get Started
"Working with Windridge was the perfect choice! Lindsay's technique and style are grounded in real-world sensibility and respect for her clients. She helps clients achieve their objectives (hiring or employee development) without getting lost in magical or wishful thinking."
— M.F. – HR Career Success